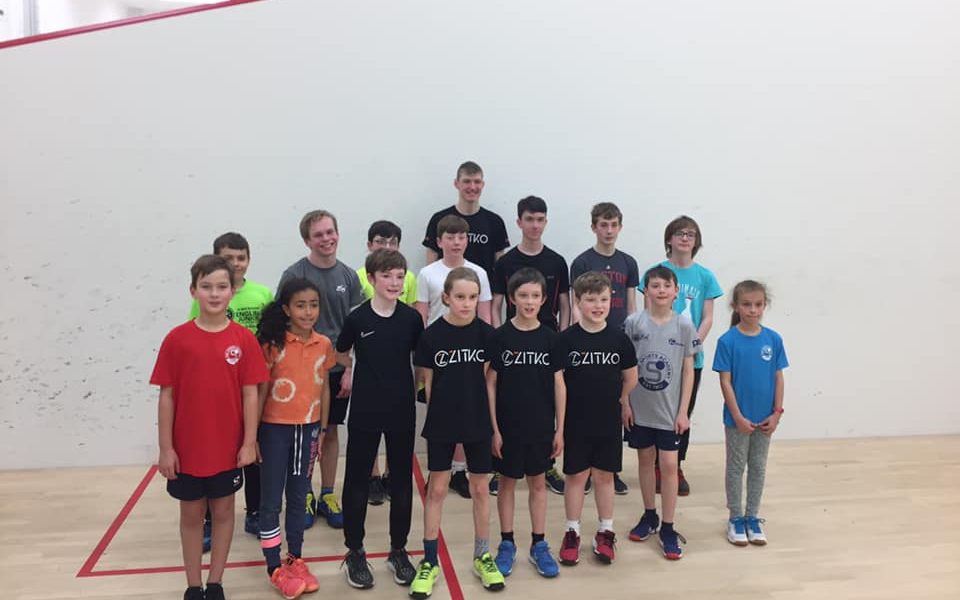 On Sunday 15th March, we traveled to Cambridge Squash Club with a mixed ability team of ten juniors for a friendly fixture.

It was a great couple of hours of squash with the HCSC team battling it out against the Cambridge team. Each player took on at least two other players of the opposition team in a ‘best of five’ match, with those not playing practicing their refereeing skills. For most of the players on both sides, it was a rare chance to play competitive squash matches and it was the first time that a few of the players had even taken part in a match outside of the junior groups!

After all the matches were completed and the scores added up, HCSC took the win but the main thing was that there were some excellent games and they were all played fairly and sportingly.

A massive thank you to Joe Reeds for organising, all the players and their parents for coming, and CSC for having us; we look forward to the next one!