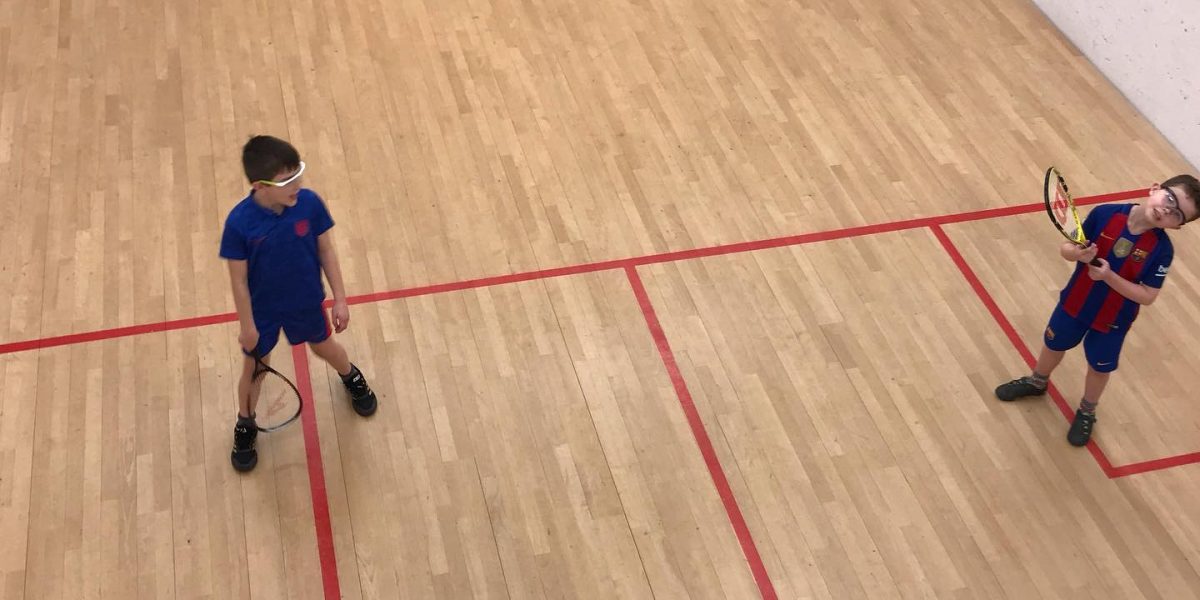 We had a great start to the month with a hectic afternoon of junior squash at Hunts County Squash Club! There was capacity turnout for the HCSC leg of the junior friendly series, with almost 30 juniors (aged from 5-15yrs) matched up with those of a similar standard for a couple of hours of friendly matches. It was great to have representation from clubs from all corners of Cambridgeshire, many of which were playing ‘competitive’ matches away from training for the first time.

There were three round-robins across four courts, with players split into groups of those who use orange, blue/red dot or single/double yellow balls. Everyone played a first to seven-point game against all the others in their pool of players. It was a manic two-hours of play but having the shorter game format allowed everyone to get on court with loads of different players and minimise the time spend waiting around to play.

It was another successful event in the series, which is aimed at offering match play to juniors around Cambridgeshire who have little match experience or are new to the sport.

The next events will be at Cambridge and Comberton, details as follows: