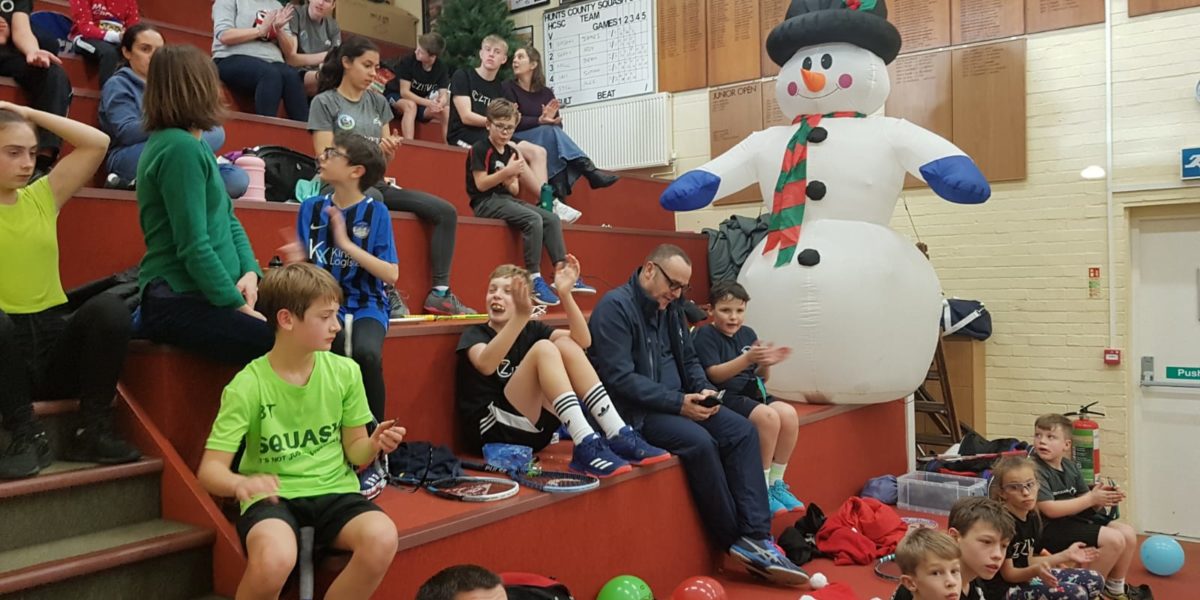 On Sunday 15th December, We hosted Cambridge Squash Club for some friendly matches against a group of junior players. It was a great turnout with each side consisting of around ten players of varying ages and abilities, from the U9’s up to U19’s.

There were plenty of great matches, many of which going the full-distance. After everyone had played at least two matches against the opposing team, games won were counted to work out which team was victorious. It went right down to the wire and HCSC took the winner by just a single game; 25/24!

It was a great afternoon of squash and a valuable experience for those who haven’t got a huge amount of experience competing competitively. Thank everyone who came down and took part, especially those who travelled over from Cambridge.

We will be playing a return fixture over at Cambridge Squash Club on Sunday 16th February; please get in touch with Rob if you’re interested in playing!